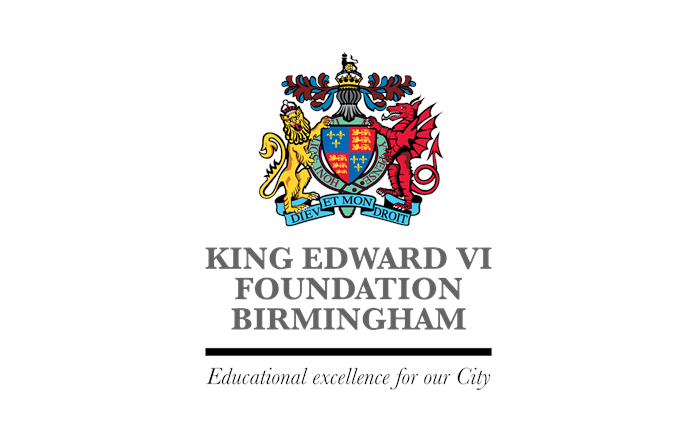 The King Edward VI Foundation, Birmingham, is involved in education at eleven schools across the City. We are able to assist our two independent schools, six free grammar schools and our three multi-ability schools via the management of historic land assets which were passed on to us from as long ago as 1552. Our schools represent the multi-cultural and diverse population of the City and we want to ensure that all children from all backgrounds can attempt to access our schools.

Ask people about Birmingham’s heritage and you will be greeted with a variety of answers but very few of them would include education.

Whilst the University of Birmingham is recognised as one of the country’s leading educational institutions it was not established until 1900, but King Edward’s School however was founded as long ago as 1552.

Its history can be traced back as early as 1392 when gifts of land were made to found the Gild of the Holy Cross, which during the next 150 years provided support for the people of Birmingham. Whilst The Gild of the Holy Cross saw its properties confiscated by the advisers to the new King Edward VI in the wake of the Reformation, leading local parishioners successfully petitioned the King for the return of the Gild’s property assets in order to establish King Edward’s School on 2nd January 1552.

Birmingham is in the heart of England and in the 18th Century was at the centre of the Industrial Revolution, which saw it at the forefront of worldwide developments in science and technology. By 1791 it was recognised as “The first manufacturing town in the world” and later became known as the “City of a thousand trades”.

Fast forward to 1883 when the ambitious plans of the Governors of King Edward’s School known as a “High School” became a reality. 1883 saw the opening of six new King Edward VI schools: a sister Independent “High School for Girls” and five Grammar Schools. The Governors were seeking to make an open path for every able child in Birmingham from the public elementary schools of the borough, through the new Grammar Schools and High School and then to Universities. No town in England compared with Birmingham in terms of educational advantage.

Birmingham was the driving force behind Britain’s car manufacturing industry, and innovative with the creation of exhibition and conference centres. Innovation and creativity are crucial as Birmingham now strives to meet the challenges of the modern era. With its “Forward” motto those challenges can be positively met in the knowledge that this City has a unique heritage when it comes to education.

More recently the charity has focused on growing the Academy Trust by including 3 Non-Selective schools in Sheldon Heath Academy, Handsworth Wood Girls’ Academy and most recently, Balaam Wood Academy in Frankley. Each school serves its local community and are carving their own success stories for children from each area.

Birmingham is now a major international commercial centre, and boasts five universities, which make it one of the largest centres of higher education in the country outside London. Education has been at the heart of this City for many generations and the excellence that the King Edward VI Foundation provides will undoubtedly help the City as it continues to move “Forward” through its next period of re-invention.

0 jobs with The Schools of King Edward VI in Birmingham